The resources for sound recording and design are getting more sophisticated and cheaper every day and as a result more people are jumping into careers or hobbies in sound without formal training. In the internet age this isn’t a huge problem, because the knowledge is easily obtained, but it can be hard to know where your knowledge gaps are without an organized curriculum. For example, acoustics was one of the most interesting and useful classes for me in college and can be invaluable to setting up a studio, understanding a reverb plugin or knowing how I can protect my ears. A little sound theory can go a long way and I don’t see many film makers or field recordists talking about it.

So let’s be a part of the solution. Here are three sound theories you can apply to your recordings. (The video is marketed towards podcasting but can be equally applied to film and field recording.)

First up: the proximity effect

This is a simple but important one, especially in interview scenarios or podcasting. It states the the closer you get to the mic, the more bass response that microphone will have. This effect is a favorite among radio voice producers and rap artist because it adds some beefiness to their voice. The proximity effect can vary widely depending on the microphone you use. Omni directional microphones, for example, display very little if any proximity effect depending on the microphone’s construction (so lavalier microphones don’t have too many issues usually). It is most prevalent in dynamic microphones like the Shure SM7B, a popular vocal and voice over microphone.

Phase cancellation has become more known in recent years thanks to applications like noise canceling headphones. And many sound engineers take great lengths to eliminating phase cancellation (or comb filtering) in their studio. Here’s how it works: sound travels in burst of pressure known as compression waves. The point of positive or negative pressure on the wave is know as the phase of the wave. If two waves with the same or sympathetic frequencies happen simultaneously with one wave out of phase, you get cancellation.

This can be a big problem when recording more than one microphone.  If you are planning on mixing multiple microphones together (again like you might see in a radio interview or podcast) phase cancellation can funny audio problems. One microphone can pick up on the positive phase while the other picks up on the negative which cancels out some of the sound for that frequency. This leads us to our third principle: the 3:1 rule.

One way to help eliminate phase issues when recording multiple microphones is to adhere to the 3:1 rule. What this rule states is that a microphone should be at least 3 times further away from another microphone as it is to its source. This rule is often used in music but rarely finds its way into field or location recording. A piano, for example might have two or more microphones to record the stereo effect of moving across the keyboard. Lower notes captured by one mic, higher notes by another. Following the 3:1 rule, if the microphone is 6 inches off the strings of the piano, the next mic should be at least 18 inches away from the first mic. This helps eliminate phase problems by significantly decreasing the volume of unwanted sounds in each microphone.

In an interview setting, this should be applied as well. If person one is 1 ft away from his/her mic, the next mic should be at least 3 feet away. 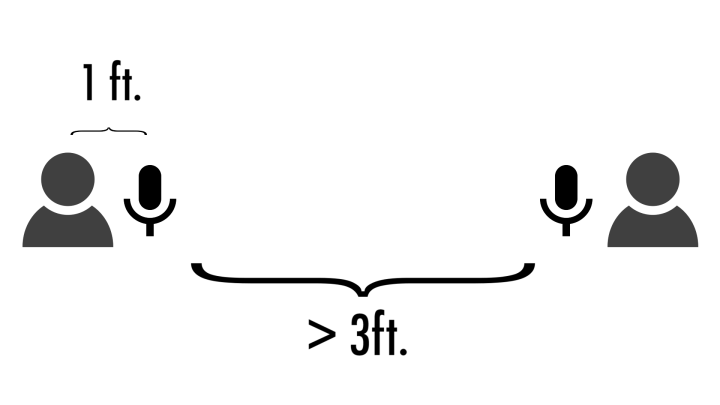 Obviously this cannot always be avoided. In these cases, using directional microphones or flipping the polarity of one mic will help, but the best solution will be to mix with only on mic on at a time. This can be easily accomplished in most DAWs with a function called strip silence. Strip silence sets a threshold of what to consider silence and then gets rid of it. This gives you a good start for your editing process and helps eliminate any phase issues you might have. If you want to see more check out the attached video.

Sound theory isn’t the most exciting, and can often be overlooked but is incredibly important in understanding how to get the best recordings possible. Take the time to learn about the physics of sound 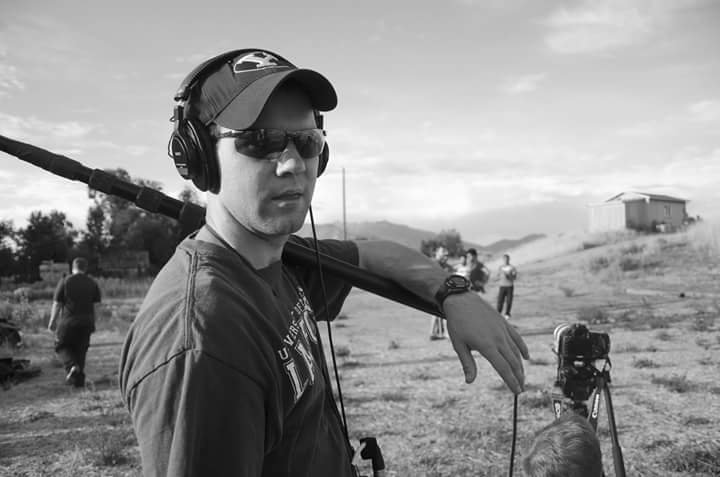 I’m Jimmy Hepworth and I’m not your typical, professional sound guy. I spend my work week at a job I love but has little to nothing to do with audio. But on the weekends, I break out my microphone, open up pro tools and practice making sound effects just because I like to. You see, I don’t feel like I have to follow this passion to a career to be happy and fulfilled. The safety and security of my family come first, but I can spend some time on the side doing something that I love. I’m Jimmy Hepworth, your Saturday Sound Guy.