I’m in my mid-thirties and like a lot of you my back gets sore after a long day of carrying around a bag.  The Orca OR-37 Belt Harness has been out for a little while now and after purchasing one second hand from a fellow mixer I finally got a chance to field test it.  The job i choose to test it on was a 5 mile mud obstacle course that was a pretty straightforward (and dirty) run and gun gig – follow talent as they make their way around the course.  This was my second time doing this gig and the only thing I changed was using the Orca Belt Harness instead of my usual Petrol, so it made for a pretty fair comparison.

The rig I used for this was a Sound Devices 552 in a Petrol 614 bag.  It weights roughly 11.2 lbs with 2 G3 wireless receivers, BDS, (1) 2000 Series transmitter for hop and all the usual gack.  As far as the review goes I’ll break it into two parts: what it was like while wearing it and what I felt like at the end of the day.

In the field: The Orca Belt Harness consists of the belt which goes around your waist, 2 clips which attach to the top sides of your bag and 2 detachable clips which attach to the bottom sides of your bag.  I’ll admit that the Orca Belt Harness was a pain in the butt to put on so for quick on-off situations you would probably want to go with something else.  Today’s gig was not easy or short – all mud, rough terrain and keeping up with talent on the course.  The talent was laved but I still had to catch interactions and moments on the course with other contestants on the boom.  This is where the Orca Belt Harness really shined!  I felt completely free and unrestricted with my booming and was able to keep my balance better than with a shoulder based harness.  With my Petrol Harness I’ve always felt constricted and limited when booming with the bag on.  At the beginning of the day I was worried that the belt would slip or sag as the day went on but that was not the case.  It did feel like I had gained 10 lbs around the midsection but after a few minutes of waddling like a penguin I got my stride down and didn’t think about it the rest of the day.  I will note that the 552 was about as much size/weight as the belt could support so a 633, MixPre3 or F8 would pair well with the belt harness. 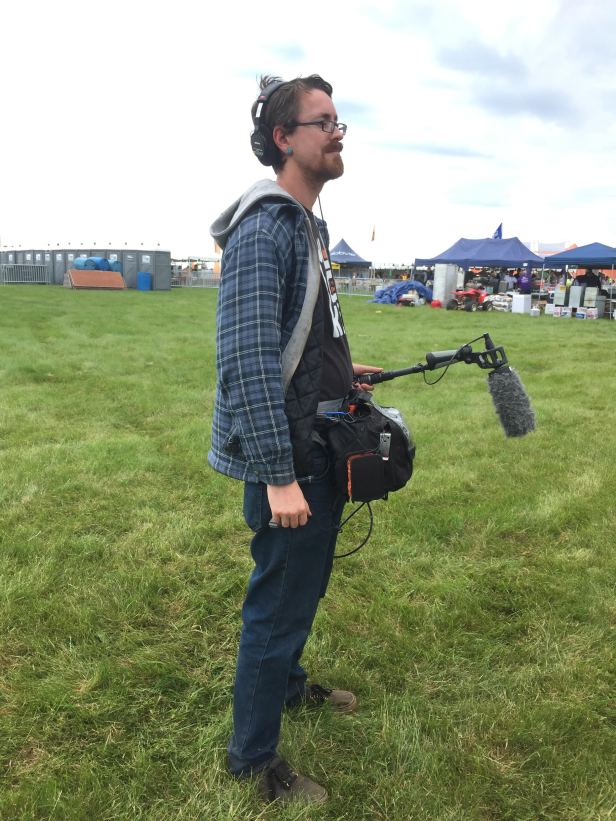 End Of Day:  The first time I did this gig my back was killing me and my shoulder was sore and stiff.  The Orca Belt Harness really helped with both of these issues.  At the end of the second day my back actually felt fresh and my shoulder didn’t hurt at all.  My legs were jelly but that was to be expected.  Overall my dexterity and responsiveness were improved and my back thanked me for it!

Summary:  this isn’t the only Harness you’ll need but when paired with a smaller mixer for run-and-gun gigs you will have a smile on your face at the end of the day.  I’m definitely happy with my purchase and will use it again in the future!

Phillip has done location sound for 2 Super Bowl Commercials, over 60 local and national Walmart commercials and has worked on shows for Discovery Channel, HGTV, HBO, and Bravo.  Studio highlights include 5.1 mixing of Snarky Puppies Family Dinner Volume 2 and a live music video for AWOL Nation. Email him at Phillip.sunfirestudios@gmail.com