The first thing that I can say about it is that it feels sturdy, without being totally stiff.  There are a few other options for Shark Fin cases out there (Versaflex for example), but this one has a more protective feel than the others that I have encountered.

There is a sewn ring of material which is fixed along the outside edge to help the case keep its shape if any unexpected weight is placed upon it.  Unlike the other options out there, this case feels like it could fit easily in a kit without being so rigid that it is unable to squeeze into packed spaces.   In essence, its a good balance between protection and practicality. 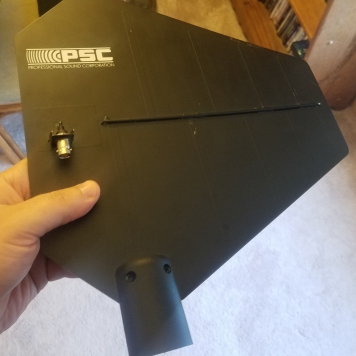 To test the case, I used this PSC antenna because of its bulky mounting screw port connector. 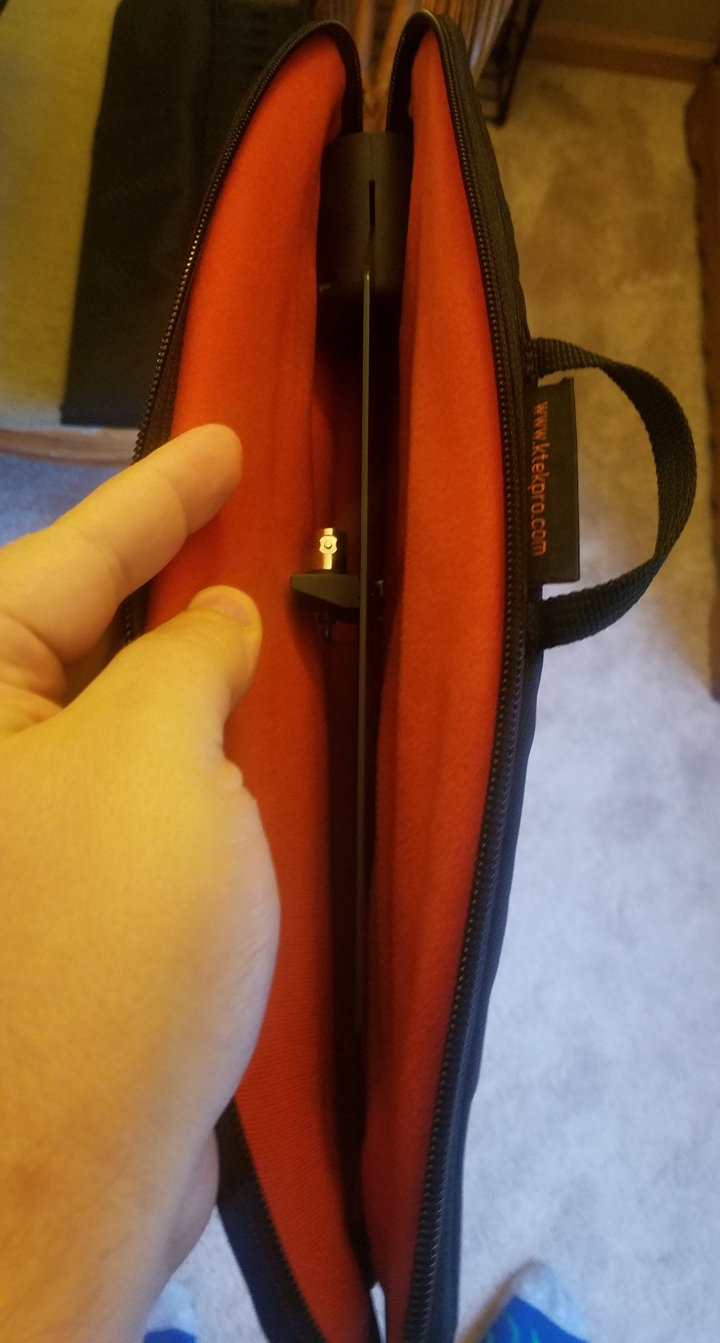 I found that even with the large connector, the antenna fit very nicely into the case.  Its a little more snug than some of the other more flush antennas would probably be, but there is still ample room for it.

Speaking of the fit, the interior is comprised of the same orange soft side velcro for which K-Tek has become known.

Upon further examination, I found that the interior could be opened so that one can access the padding for the outside of the case.  This could just be how the interior was designed in terms of fabric placement, however I see use in this in that extra padding could be placed in both sides of the case.

Finally, there are two zippers at the top of the case, which I like because things happen and zippers break.  So having a spare is helpful.

All in all, not a complicated product, but a important one.  So many of our expensive toys are very fragile.  It helps to know that there are modestly priced options like the KSFA1 which can help us avoid groans and tears when something decides to tip over in transit.