Last month I wrapped production on a feature film and while it was only a 16 days shoot we went through nearly 200 batteries. It honestly felt very sinful to be that wasteful. Now we did recycle every battery used on the production but still… that’s a big chunk of budget to spend on an expendable… And those my saga began, with the search for a rechargeable 9V worth of a 100mw transmitter.

Now immediately I went and looked at the iPower 9v Li-Ion battery. But at that price, no thank you. Plus the more I looked into the iPower 9v I noticed something missing… I noticed they haven’t don’t anything special. It was merely a 2S1P Li-Ion pack with a BMS using IC chips instead of Mosfets all hooked up to a 9V connector in reverse.

Now I know things like BMS, 2S1P, Mosfets and the like are going to be terms you may not know. I will cover all this and how to build your own Li-Ion pack for any purpose you may have in an upcoming blog post. I have been researching Li-Ion packs for the past 2 months and it really is eye opening how simple the world of batteries going forward really is gonna be. But back to my review of the EBL 9V battery.

So if the iPower 9v 700mAh battery isn’t special; what if I could find something else, Something nearly identical  and possibly way more affordable? In steps the EBL 9v 600mAh battery. So Here is a 4 minutes I shot of the EBL 9v being unboxed, taken apart, tested, and shaken violently.

I will admit at first I was very skeptical of the 600mAh claim. I mean, these batteries are selling for a third to a fifth the price of the iPower. So I bought a battery capacity tester and started to test a batch of EBL 9v Batteries.

I was very pleasantly shocked to see that they were on average testing in the high to mid 575mAh area. And given the margin of error on this tester that means these batteries were pretty darn close to the 600mAh claim. One thing to note about these batteries is they aren’t TRUE 9v batteries but neither of the iPower batteries. A 2S1P lithium pack can only max out at 8.4v and these have a cutoff voltage of 6v and a nominal voltage of 7.4v.  But really… none of that matters. Most equipment that runs on 9V will run just fine at these voltages as while.

The biggest thing to look at when it comes to comparing the EBL to the iPower batteries is the cycle life. iPower claims that after 100 full cycles their 700mAh battery will have a capacity of at-least 450mAh or more. EBL claims they will get a life span of 1200 cycles and are memory loss free. I don’t believe either’s claim. A lithium battery has a much longer life span then 65%@100cycles so why they claim such a low stat seems like they may actually have batteries that perform this bad but don’t want to give out free product on warranty claims. And for EBL’s claim… ya… 1000+ cycles with zero memory is what the lithium battery industry blanketly claims. It should be noted that EBL does not publish a proper datasheet for any of their products. I will retest the EBL batteries in 1 yr and revisit their claim.

When it comes to real world testing I spoke with my friend Jacob Varley (the same Jacob who I reference in the DIY antenna disto post and the one who did the first ever SMA mod of a Lectrosonics LMa.) He has been using EBL 9v batteries for well over a year now and says he get’s about 10hrs in a transmitter. When I did the math it came out to over 9.5hrs which lines up with Mr Varley’s claim. And if you were to use these in a Lectrosonics LMa which is half the RF power output of a um400 you are looking at over 12hrs of run time.

To wrap this all up.

I hope this review was helpful. If you are thinking of buying either the EBL 9v batteries or want to test your own batteries at home using the same tester I did, here is a link to each. A tiny tiny % of your purchase does come back to me to help pay for the upkeep of server storage space for this blog. 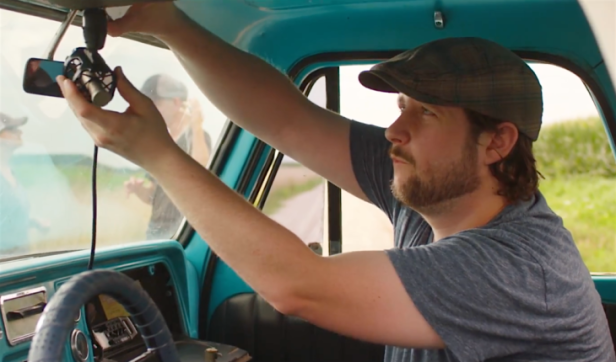