Some of you might have gotten a look at this case if you attended NAB this year, along with some of the other goodies that K-Tek has coming up the pipeline.  I got my hands on this just recently, and so here’s my first look.

The outside of the case feels nice and sturdy, but not so rigid as to be unable to fit ergonomically into the endless nooks and crannies which end up appearing when we sound people make our own personal storage setups.

The Stingray logo is placed at the top, along with the model number on the back.  Along the middle, are a row of ridges which separate the gentle microphone divider on the inside of the case.  I’m not sure if these ridges were intended to make the case easier to hold, but if so, then mission accomplished.

To load the case, I chose to throw in my Sennheiser MKH-60 and MKH-50 microphones.  I chose to use the 50 for perspective since its pretty short.

As you can see, there is ample room for the 60, which means that the case would accommodate some longer shotguns.   And it absolutely would for two 50’s in a row (or a 50 and a 40 if you have those options) 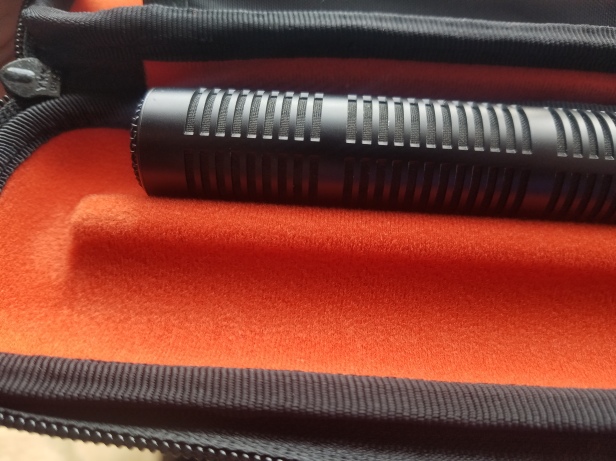 Anyone who knows K-Tek lately, knows their penchant for orange soft side velcro.  This case is no exception.  Not that you probably would want to stick velcro to the inside of this case, but why not have it there anyway even if only for some nice aesthetic synergy amongst the Stingray line. 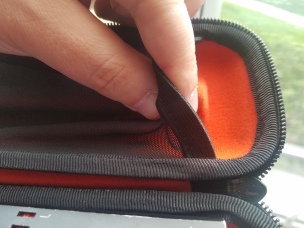 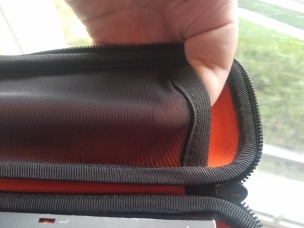 On the top of the inside, is a mesh divider.  This could be used to add even more mics (as there is room for more to be stacked on top), or for some accessories like a foam wind cover.   I should mention that if you want to double stack mics on top of each other, then you probably want to add some padding between them so that they don’t smack against each other.  Not a big issue, as people won’t often be doing that. 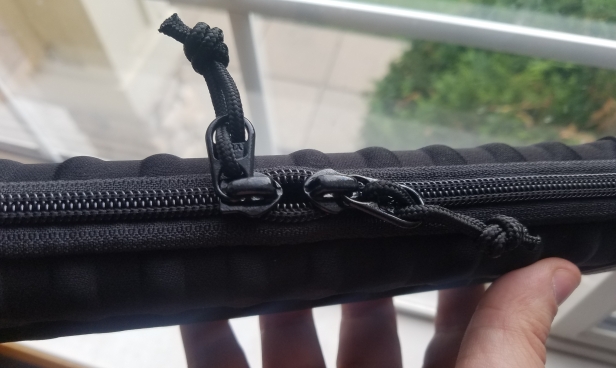 Lastly, there are two zippers.  K-Tek has a habit of adding extra zippers, and no matter how simple the application, I personally appreciate it a lot.  You never know when one might break or when you might want to have the base or bag closed at a specific point.

So in summary, another simple, but handy accessory from K-Tek.  If you want to pack light and keep everything safe, this is a great little case.