So I’m going to be taking a look at K-Tek’s new product line, called Airo.  As many of us have heard by now, Airo is a new brand from K-Tek which features low cost gear and accessories that they claim still maintains their high standards for durability and quality.   Their initial line consists of 6 items.  A mixer bag, a boom pole, a shock mount, a boom cradle, an xlr cable, and a kit storage bag.

While this gear is aimed at the low budget market, I am going to be reviewing these pieces from the perspective of a professional sound mixer.

The mixer bag has a relatively simple and minimalist design.  The interior features a fitted space specifically for the Sound Devices Mixpre 3/6 series, as well as the Zoom F4 and F8.  No wireless receivers or accessories can fit inside, with the possible exception of a battery at the bottom.

The Mixer is seated inside of the bag with two velcro straps, similar to those on the other mixer bags from K-Tek. 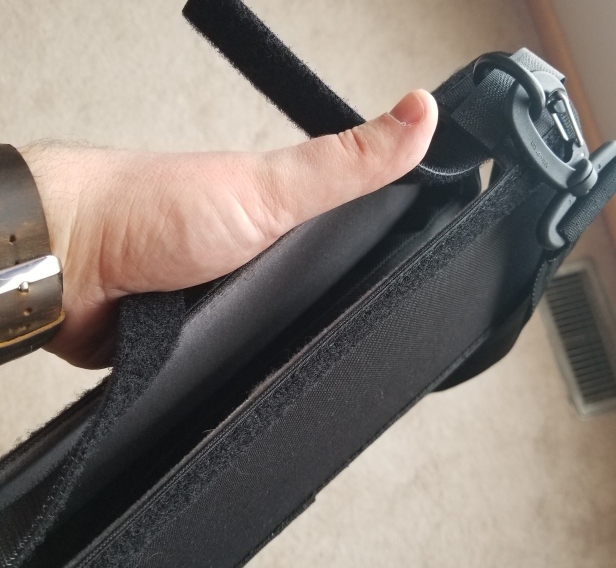 While nothing else can fit inside, the front of the bag sports four straps which are clearly meant for Sennheiser G3 receiver belt clips.  On the sides and bottom of the bag, there are 4 sets of zippers so that cables are able to be fed to the mixer, while still having the bag closed. 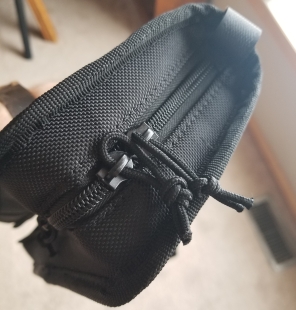 Essentially this is as minimalist of a design as they come.  The bag does however feel sturdy in your hands and will stand up well on a flat surface.

*Bottom Line* From a professional’s perspective, the Mixpro bag that K-Tek previously released will give you more options for mounting and storage.  But if you are looking to be as lean and mean as possible on an ENG style shoot, without settling for a floppy alternative, this bag could be an asset because its going to weigh basically nothing and still hold its shape.

With a plastic build and a “universal” rubber suspension interior, the shock mount is not too far off from other offerings that we have seen on the market.  The difference here being K-Tek’s quality assurance as well as a few important differences.

The rubber suspension interior will accommodate most microphones that aren’t too thick.  A Sennheiser MKH model might be a tight squeeze but will still fit.  The intended aim of this mount is for the Rode NTG series.

The tightening handle on the side is the same, but excellent style that you can find on some higher priced models. 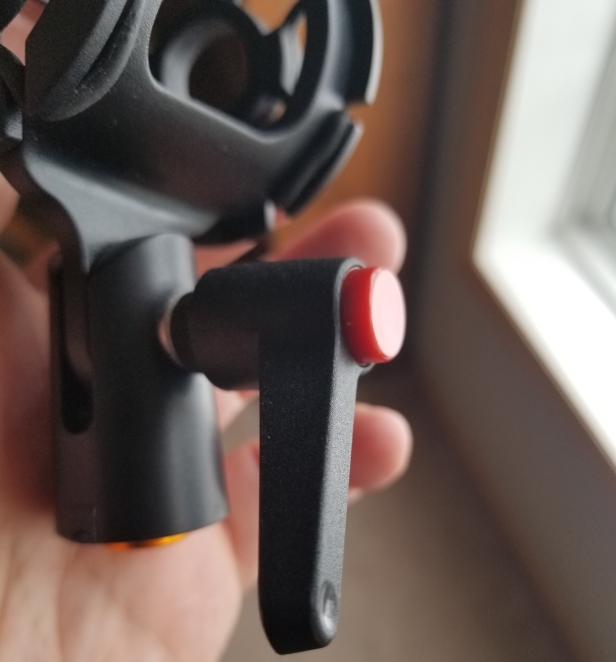 * Bottom Line* From a professional’s perspective, this shock mount is never going to compete with something like a Cinela, but that isn’t its intended goal.  What it ends up being is a basic, but competent piece of gear.  I like to have some alternate mounts for my booms during interviews, so that I don’t wear out my Cinela as quickly.  In that respect, it can be very helpful, and, at its price point, a solid buy.

This is the product that I personally have been most excited to get my hands on.  Even at a glance, it already displays some great advantages over other offerings in the same size range.  When speaking to K-Tek, they mentioned that they had originally be developing this cradle for their regular product line, but decided to fold it into Airo because it already was at the competitive Airo price point.

This other model for example (pictured above), offers only a rubber coating to secure the pole when mounted, which can sometimes leave unsightly scuffs or marks on the shaft.  However the Airo cradle has a gentle curve, more surface area, and a soft pad to avoid damage to the pole.  A secondary effect that I noticed when using it was that it acted as a small shock absorber.  My C-Stand was positioned on a hardwood floor and whenever the DP shifted his weight,the floor would move a bit.  I noticed that this mount kept the pole from rattling.

*Bottom Line* From a professional’s perspective, this is an excellent boom cradle.  I had been looking forward to using it ever since I saw its announcement.  It breaks the mold for its size class, is effective especially for thick, longer poles, and is something that every mixer should add to their kit. 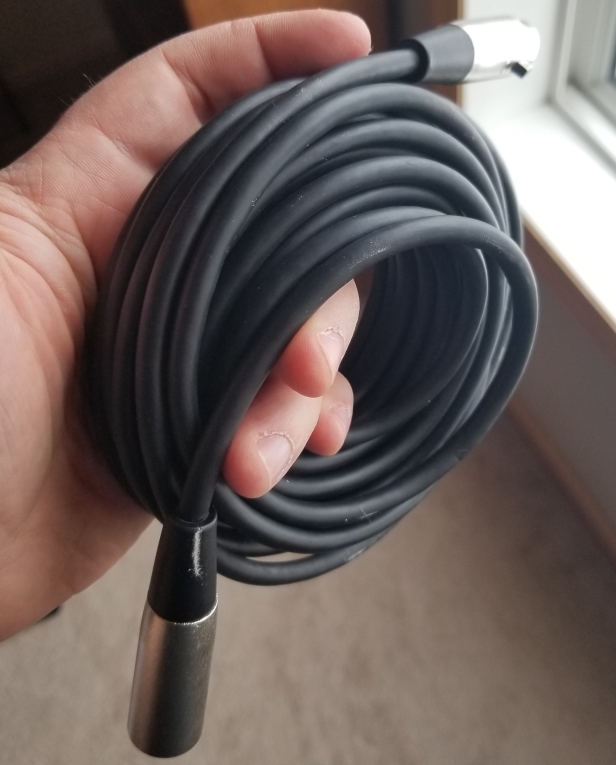 There really isn’t too much to say about this one.  Its an XLR cable, but that being said, it seems like a pretty decent one.  At first glance it reminds me of cables that Hosa might be selling.  But after looking a little closer, I decided that it was actually a little more robust, with good thick shielding on he cable.

*Bottom Line* From a professional’s perspective, why not?  This cable is not going to be what draws anyone specifically to the product line, but that’s not to say that it isn’t a fine cable. 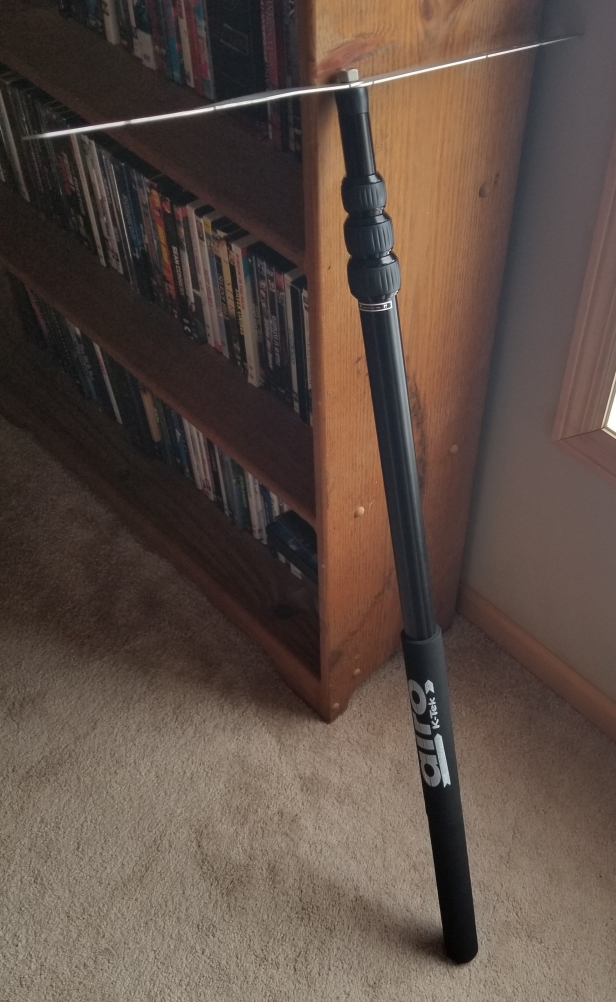 The first thing that you will notice about the boom pole is the two mounting plates attached to the top of the pole.  This is not standard….. obviously.  Since the point of this review is to examine this gear from a professional’s perspective, I wanted to show you what I had in mind for this pole.

My idea is to use this as an antenna mast for my light cart setup, with two Lectrosonics SNA-600a dipole antennas mounted to those two plates.  With this pole’s 10 foot height and lightweight build, it will do the trick nicely for lighter, movable setups.  It’s also worth noting that since this pole is non-rotational, you never have to worry about antennas spinning in the wind.  This is actually a pretty important feature for this application because it guarantees that the antennas stay where you put them.

Speaking of its build quality, the pole is comprised of Aluminum and has 4 extendable sections (4 sections total).  The pole interestingly has a little label on it to demonstrate which direction to twist so as to tighten to or loosen it.  I’m not sure why that’s necessary, but I guess that it couldn’t hurt, either.

There is good bit of padding at the lower end of the shaft, which is always appreciated.  For me, this is helpful because I can make it fit more snugly when fastened into my light cart setup, as there will be resistance against the straps.  This design also fits well in the curved Airo Boom Cradle.

*Bottom Line* From a professional’s perspective, this isn’t the pole that the veteran mixer or boom op is going to reach for.  That is almost always going to be a carbon fiber model.  But this is still a well built, light, and solid feeling pole.  You never know what a sound mixer may find a use for when they put their mind to it.  And at its price point, it makes sense to gravitate toward this pole rather than some others at a comparable build quality.

Finally we come to the kit bag.  Without needing to say it, this is obviously meant to store the boom pole.  But this bag will actually fit all of the other 4 products in the line inside of it as well. 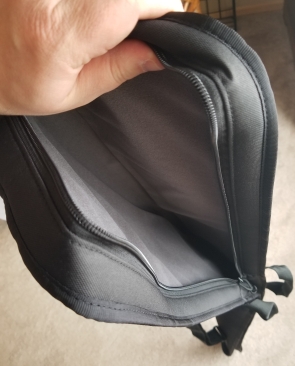 When being lean and mean on an ENG shoot, this can pack a bunch of necessary items in, while still being very compact.  A lot of people have been embracing the Sound Devices Mixpre 3/6 series lately for simple shoots.  You could fit both he K-Tek Mixpro bag in here as well as the Airo bag.

*Bottom Line* From a professional’s perspective, when you are running with a simple kit and you have to move quickly, this bag can be very helpful.  With the wider area near the top, you can fit a decent amount of “just the essentials” gear inside, which will keep you fast and nimble on shoots which allot no time for being sluggish.

A lot of people have been worried that this new low cost product line, meant that K-Tek would now be pandering to the cheap market.  After getting a hold of these products, its clear that they are not meant to compete with their top of the line gear.  The build quality is still excellent however, and they will always come coupled with K-Tek’s excellent customer service.

As someone with a load of their higher end gear, I’m not the intended customer base for Airo, but that doesn’t mean that I and others can’t see great uses for a lot of it (the boom cradle being the standout exception which I believe that everyone should pick up).  These combined offerings will no doubt make an excellent introductory kit for the mixer just starting out.  And some of us further into our careers might just find some intuitive uses for them as well.