So Ursa sent us some gear to review and we will first start with the Ursa Pouches. The reason for us to start with these is because they baffled us the most. That is it to until I did a little reading and happened to take a winter trip to Vegas to see the queen herself, Brittney Spears. 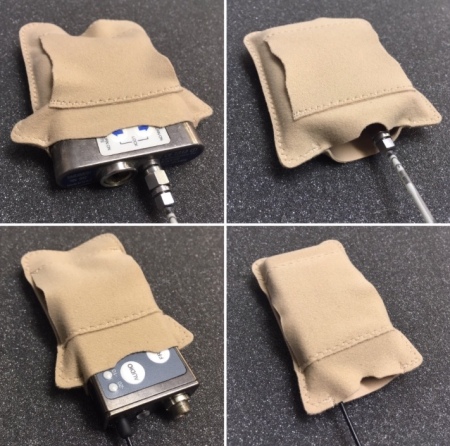 When URSA first came out the the pouches we in the USA all looked at them and thought… oh, this must be a way for them to get a product that is able to be imported into the US. (I won’t get into patent issues here but originally there were some claims put forth that URSA straps may be involution according to the company that holds a patent.) At while at first on face value it may appear that these are just transmitter straps minus the straps that kinda are their own separate unique product and concept.

These pouches really should be shared amongst people in wardrobe department.  On feature films where costumes are a chore for an actor or actress to put on, the wardrobe department will often sew in a pocket for the transmitter and sometimes even go as far as to sew in the lavalier itself as while. These pouches can help shave off some of that hassle. While in Vegas for my winter vacation I noticed this method of mounting wireless at Queen Britney Spears concert.

One thing that is awesome about is that they are reversible based on which way you need the antenna/audio connector to stick out. They also come in 4 different colors just like the rest of the Ursa product lineup. 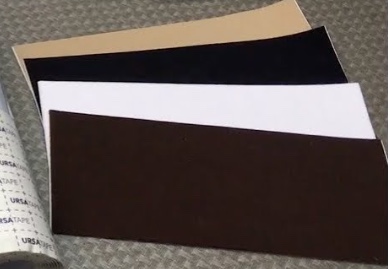 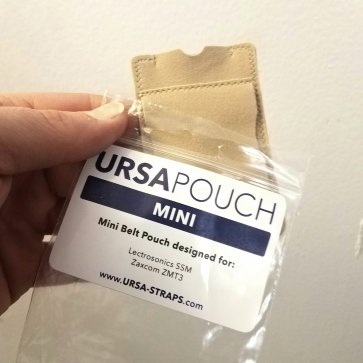 Now should you buy the URSA pouches?

Hobby Filmmaker: No. Stick to learning how your boom pole works and about microphone placement.

Professional Videographer: Maybe? Depends on the type of wireless kits you own. If you own what would be cataloged as a large transmitter kit than no. I think these pouches work best with the Zaxcom ZMT-3 or the Lectrosonics SSM (two systems the typical videographer doesn’t own.) But videographers should think about owning atlas an ankle transmitter strap. ***Ursa Transmitter Strap review coming later this week***

Professional Sound Mixer: Yes! You should at least own the Mini Pouch that is for the SSM/ZMT-3 units. There will be those times when you have outfits that just don’t work with any brand of straps and traditional belt clips would be too bulk. The URSA pouch is a stellar alternative and could be the tool that saves the day for you. A must have item to add to the follow cart.