I have to say, right off the bat, that this isn’t typically the type of device which would catch my eye.  I generally am more interested in tools for pro sound mixers in particular.  But, it just so happens that I also make videos for WavReport and the pesky things tend to require decent audio as well.  Using my field recording gear for this is often overkill, however.  So a simple, high quality wireless system fed straight to the video recording device, all-of-the-sudden becomes more attractive. 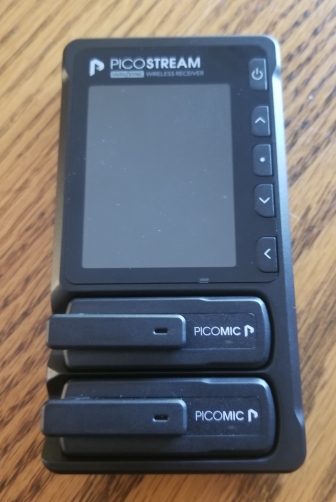 Consisting of the PicoStream receiver unit and the two PicoMic transmitters, what we have here is a dual channel, clip on wireless system that has the actual microphone built into the clip.  It operates on the 2.4ghz band with automatic frequency hopping and the ability to adjust settings on the transmitters directly from the receiver’s menu, which actually makes this all a transceiver system.  It also gives you a really beautiful color viewscreen, showing each transmitter’s mic gain, signal strength, and battery life.  In fact, the screen is so nice looking that I kept finding myself trying to tap on it to change the menu settings.  But alas, it is not a touch screen.  Instead the menu is accessed via the buttons on the side.

On the bottom, you can see the micro USB port, which is a little disappointing in the age of USB-C and its next-gen abilities.  That being said, it’s certainly not a big issue.  To the right, there is the headphone monitor, and as you can see in the front view of the PicoStream receiver, you have control over its volume.  To the left, is the TRRS main output jack.  One of the fancy features of the PicoStream is that the TRRS jack is auto adapting, meaning that it will detect whether you have plugged this into a phone or a DSLR/audio recording device.

Inside of the output menu, you can set the levels coming out to accommodate the type of device that you’re using.  You can also specifically configure which (or both) of the two mics will be fed to which pin-out.  I have this one set to feed both to the TRRS channel because a phone has only one mic input.  But, if you were to feed a DSLR, which has two channels, you probably would want to set one mic to the L pin and one mic to the R pin.  It even has a tone so that you can set the levels in the camera or audio recorder.  This is all pretty nifty and makes the entire process quick and easy.

The PicoMic transmitters are featherweight and pretty small for something that’s got the mic and transceiver array built in.  You can see the little hole on the clip where the mic capsule is located and it just clips it on a shirt as seen in the video at the top of the review.  It’s pretty elegant and low profile when clipped to clothing.

Since the transmitters look identical, they have a small LED light to identify themselves.  It doesn’t matter which dock that you use, they will stay paired to their respective channels (channel 1 being blue, and channel 2 being red).  This is also how the transmitters charge, but sadly will only do so when the PicoStream is being charged as well.  So its more of a passthrough.  It would nice if the transmitters would charge off of the PicoStream battery (like a lot of bluetooth headphone cases), but it’s possible that it could too strongly affect the receiver’s battery life. 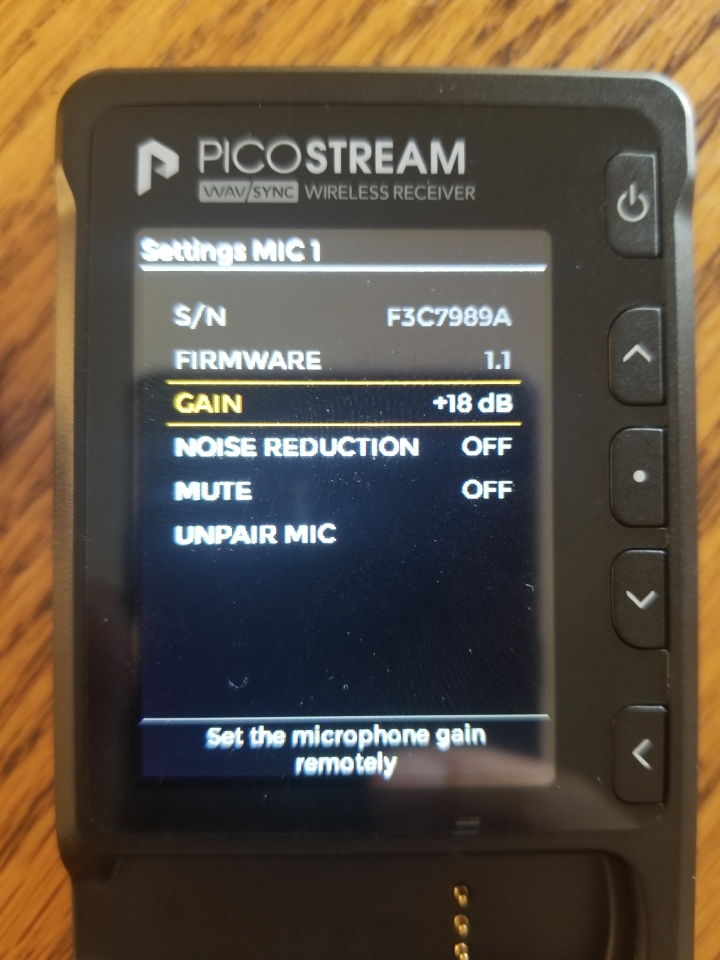 Each transmitter has built in noise reduction which did work pretty well.  I had it shut off because I’m a post guy and I’d rather do my noise reduction in the editing. But it’s really nice to have this feature available in a pinch (for example, with a live streaming situation). 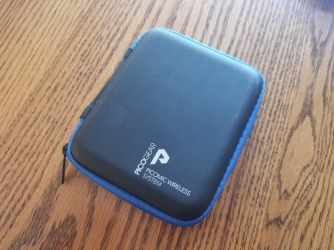 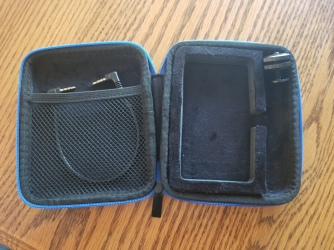 On the backside of the receiver is a standard screw thread to be used with the included hotshoe mounting adaptor for the top of a camera.  Everything comes in a nice storage case for travel, which looks and feels very sleek.

As you can see in the video review above, I did do a line of sight range test which worked out pretty well.  When I got past 40-50 feet, the signal would get choppy while I was in motion.  However it would be clear and strong when standing still.  That’s pretty far away though for what this would be used for, and when standing still, I got definitely over 100m of range. 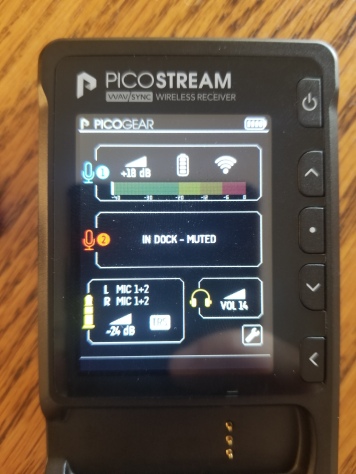 After examining everything, it’s obvious that this system is not meant for the sound professional’s kit.  While the built in capsule actually sounds excellent (seriously, kudos on how natural is sounds), you are unable to plug your own separate mic into the transmitter.  Since the mic is built into the clip, you are also unable to hide the mic under clothes (although it has be suggested that it could be possible with some double sided tape since the back of the transmitter is perfectly flat).  None of this should be much of a problem to the target audience, however.

This set up is ideal for the corporate or v-logger projects, when audio is not recorded separately and is fed straight to camera.  It certainly has made my life easier, not having to sync my sound and having multiple mics in case of an interview.  We aren’t trying to make a movie with this.  We are trying to get good quality, crystal clear audio with as low of a noise floor as possible for our corporate or youtube projects, and the PicoGear system accomplishes just that.

In future iterations, it would be nice to have the option of using whatever mic that you’d want with the transmitters (perhaps a nice low profile microdot connector to keep the unit small).  That would elevate it beyond the reality style projects that it’s best suited for currently.  But again, for what this does, it is excellent.  I strongly recommend this to anyone making web content, product videos, corporate interviews, and many others.  It is one of the most simple wireless systems that I have ever seen and even someone with limited knowledge of audio should be able to make it work with ease.  I think that we have a winner here.