New from K-tek: the Stingray HeatBlock line, A pouch designed to insulate wireless microphone wearers against the heat produced by the transmitter.

According to the press release:

K-Tek introduces Stingray HeatBlock Pieces & Pouches, a new way to protect the talent from heat produced by wireless microphone transmitters worn on set. Wireless microphone manufacturers have made great strides in producing smaller and more powerful transmitters for their devices that are often body worn. However, this technology can generate uncomfortable heat when positioned next to the body. To solve this issue, K-Tek designed Pieces of HeatBlock. After extensive research and field-testing, K-Tek devised the new Stingray Heat Block line. The secret is a patented, heat resistant material that is both soft to the touch, and flexible enough to comfortably be worn against the body. The proprietary three layer material is specifically engineered to withstand a continual temperature of 240°C (464F°), well above the range at which the electronics are specified. As a result, at the comparatively low temperatures that these transmitters get to, the HeatBlock material exhibits amazing insulating properties. The results are positive, earning praise from professionals. “Since I’ve been using HeatBlock pouches I no longer hear complaints from the actors, about the transmitters being too hot,” explains award-winning Production Sound Mixer, Steven Tibbo C.A.S., who is known for his work on features, documentaries and TV series such as Modern Family.

This advanced material is soft and comfortable to wear against skin yet offers superb insulating characteristics to eliminate the discomfort associated with wearing wireless transmitters.

There are tree sizes of pouches and separate heat blocks which can be used for example in a Ursa/Viviana strap. 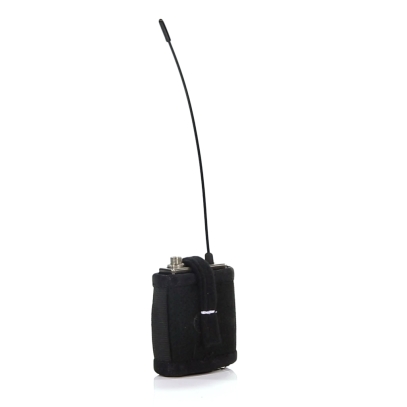 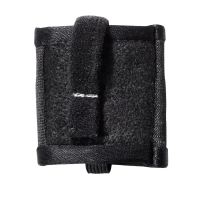