Arguably one of the biggest learning curves there is in the knowledge base required as a sound recordist is the art of lav placement. They are an essential part of modern production workflows to allow quality audio in scenarios such as extreme wides or scenes with unpredictable dialog from multiple talent. That being said there are a lot of challenges that come with lavaliers as well, including clothing rustle or muffled sound due to being buried in heavy clothing. I’ve had excellent experiences using a paperclip as a spacer to create an air gap while mounting lavaliers under clothing to minimize rustle induced by movement. While there are commercial products available that achieve a similar thing, this cheap and readily available expendable works great. It is my absolute goto technique when micing people wearing sweaters, jackets, heavy shirts, and more. The Rycote Advanced Stickies provide the foundation for this technique and what’s actually adhering to the clothing. They have excellent adhesive strength and their core of foam provides extra isolation from the wardrobe.

Moleskin provides the top layer in the sandwich that holds everything together. It’s got a relatively smooth surface that won’t introduce much noise through whatever it interacts with.

Paper Clips are easy to manipulate into a barrier to keep an air gap around the capsule of the lav. This significantly reduces the likelihood the mic will have issues with rustling during movement.

Using A Paperclip To Create An Air Pocket

1. Take a paperclip with a multitool and cut away the unneeded section of the clip by trimming the small loop off. About an ⅛” or so down from the other loop grip the paperclip in the multitool’s pliers and bend a 90° angle into it. Trim down the paperclip to an appropriate length for the stickies. 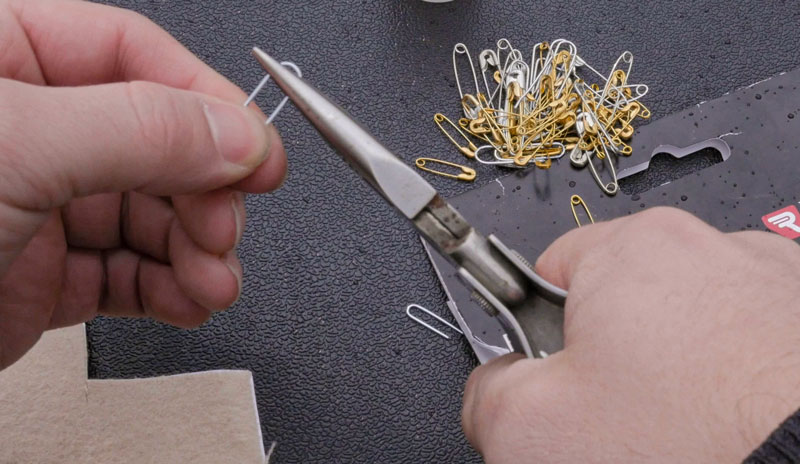 2. Take your Rycote Advanced Sticky, remove one side’s protective backing and place the lavalier’s capsule down centered on the sticky with the capsule overlapping the edge by a few millimeters.

3. Take the paperclip and place it on the sticky so the 90° loop sits just a few millimeters past the lav’s capsule protecting it from anything rubbing against it. 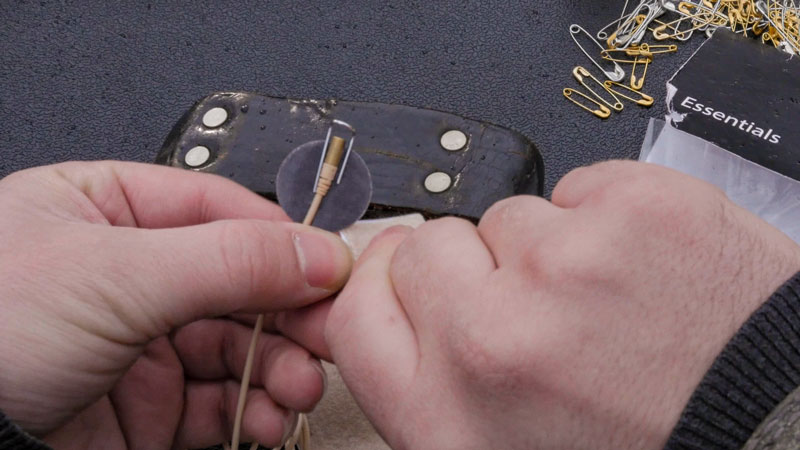 4. Take a small piece of moleskin and sandwich the Lav and Paperclip between the sticky and moleskin. 5. Place the lavalier in the best location based on what the tallent is wearing for the wardrobe.

Overall not a bad solution when dealing with bulky clothing or a lot of movement, that being said this mounting technique can be a bit bulky for thin clothing. I make regular use of this technique when talent is wearing sweaters, sweatshirts, heavier button down shirts, or light jackets.

Henri Rapp is a Sound Recordist based in Cleveland, Ohio. Passionate about great quality sound, I’ve been recording for more than a decade. Starting in the commercial studio Bad Racket, I have since transitioned to predominately doing sound for Film, TV, & Commercials.